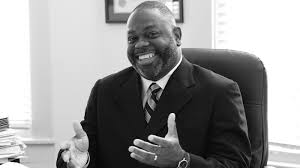 In a civil rights action in southern Mississippi, a Black plaintiff alleged that a police officer violated his civil rights when he pulled him over on a pretext, kept him standing late at night on a highway for two hours, coerced him into consenting to a search of his car (even though the officer had no evidence against the plaintiff and found nothing in the search), and inflicted $4,000 in damage on the car in the process of the search. The police officer moved for summary judgment, arguing that the qualified immunity doctrine protected him in full. The officer was correct. It did. But the judge who presided over the motion was obviously incensed that he was forced to grant it. In his written decision, Judge Carleton Reeves provided an extensive history of the qualified immunity doctrine, explaining why and how it is racist and wrong, essentially inviting the Supreme Court to do something about that odious doctrine. In the first four pages of the decision, the judge catalogs many of the Black Lives Matter cases. Then he goes on to make other pithy observations: The Constitution says everyone is entitled to equal protection of the law – even at the hands of law enforcement. Over the decades, however, judges have invented a legal doctrine to protect law enforcement officers from having to face any con- sequences for wrongdoing. The doctrine is called “qualified immunity.” In real life it operates like absolute immunity. Tragically, thousands have died at the hands of law enforcement over the years, and the death toll continues to rise.22 Countless more have suffered from other forms of abuse and misconduct by police.23 Qualified immunity has served as a shield for these officers, protecting them from accountability. But let us not be fooled by legal jargon. Immunity is not exoneration. And the harm in this case to one man sheds light on the harm done to the nation by this manufactured doctrine. A review of our qualified immunity precedent makes clear that the Court has dispensed with any pretense of balancing competing values. Our courts have shielded a police officer who shot a child while the officer was attempting to shoot the family dog;117 prison guards who forced a prisoner to sleep in cells “covered in feces” for days;118 police officers who stole over $225,000 worth of property;119 a deputy who body- slammed a woman after she simply “ignored [the deputy’s] command and walked away”;120 an officer who seriously burned a woman after detonating a “flashbang” device in the bedroom where she was sleeping;121 an officer who deployed a dog against a suspect who “claim[ed] that he surrendered by raising his hands in the air”;122 and an officer who shot an unarmed woman eight times after she threw a knife and glass at a police dog that was attacking her brother.123 (The numbers in these quotes refer to footnotes, generally cites to news articles.) Read the whole thing.